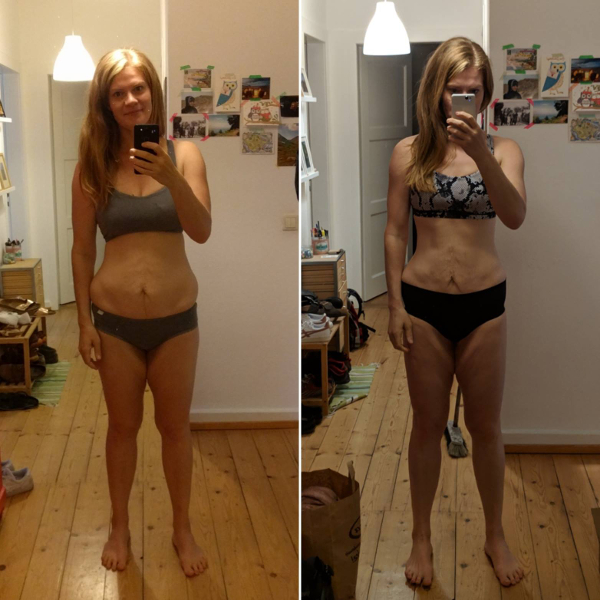 I started WAG in July 2017, weighing 82kg. Since I compete in Olympic weightlifting, I wanted to cut down to 75kg. Something I had tried several times before, and never was successful. I had already tracked macros before, I even was with a different macro tracking company before, but I always left feeling emotionally and physically drained from the cut and shot right up again in weight.

Two weeks in, I tore my meniscus, and to cut a long story short, it put me off (serious) training for half a year. I had surgery in December and we managed to cut down to 76kg until then. My lowest average weight was 74.5kg in January and from then on, we switched to maintenance.

I live in Germany, where we have a league system for weightlifting, so I currently have meets every two to three weeks. In all meets, I weighed in just below 75kg, while I train at ~76kg.

I've been an emotional eater my entire life, and there were times, where I weighed 135kg. When I started WAG, I still had days on which I binged and ate 2000 calories more than "allowed". The last time I did that was in March. Since then, I've always stayed somewhat in my macros, despite several "difficult" occasions, such as parties, birthdays, even two vacations in foreign countries, one of them where I couldn't even track or prepare my own meals.

If there were two things I wish I knew when I started, it would have been the following:

1. A cut is temporary. You might currently feel that you can never maintain this kind of lifestyle where you have to track everything, but in fact, the uncomfortable thing about this is not the tracking part, but the cut. And the cut is temporary. Just keep going, because maintenance is amazing.

2. Be kind to yourself if you "slip up". In the long run, one day will have no effect. Just try to learn from it and find out, what made you slip and what could have avoided or at least limited it.

I feel sad "having" to leave and I will definitely miss my check-ins with my amazing coach. But it's time to move on and start to focus on other things than my nutrition.

To everyone who just started, or is right in the middle or at the end of his or her cut and is struggling: Just keep going. Push through, as you push through a tough workout. It's temporary and it's so going to be worth it.

How crazy that I feel comfortable posting pictures of me on my underwear! This might be one of the biggest wins!