Pumpkin spice cinnamon rolls with maple ricotta frosting—what more do we need to say to get you to run to the kitchen right now?

Because different brands of pumpkin puree may contain different levels of moisture, you may need a little more or less Kodiak cake mix to keep the dough from sticking. To accurately measure exactly how much you use, weigh out more than you need (like 300 grams), follow the recipe using your pre-weighed mix, and then weigh the amount you have leftover. For example, if you use 200 grams in the dough and sprinkle 40 grams on your cutting board and over your dough, you should have 60 grams of Kodiak mix leftover. Then, calculate your macros using 240 grams of total Kodiak mix.

Wondering what your macros might be? Wondering how to track macros in the first place? Check out our Macro Calculation Cheat Sheet & 18 Tracking Tips and Tricks for macro counting!
Previous Recipe
Next Recipe 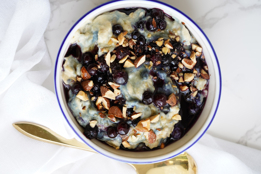 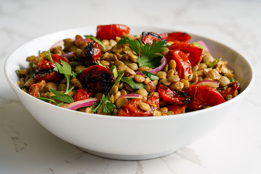 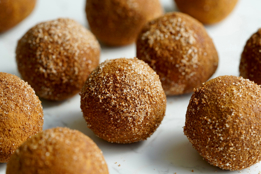