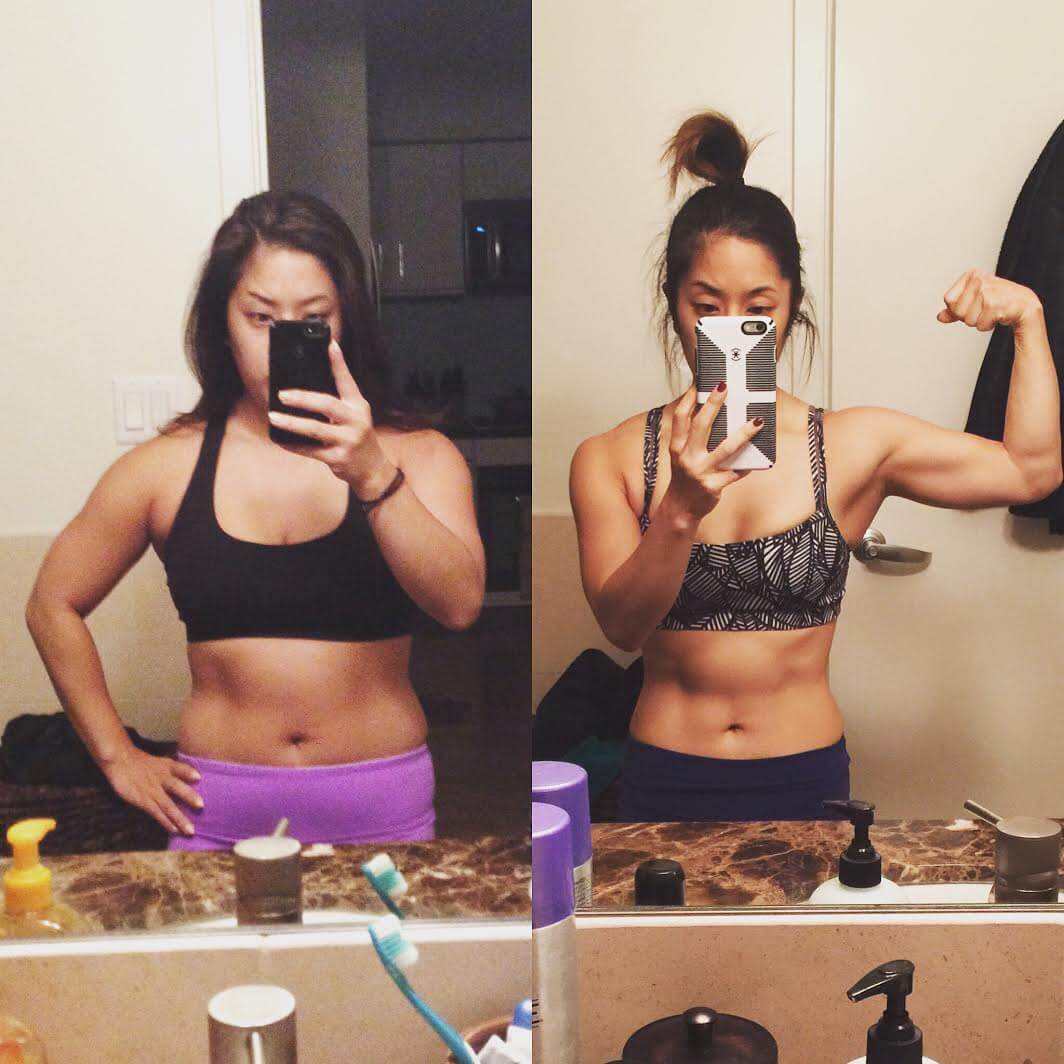 Cut from being 53+kg into 48kg weight class

Went from a starting weight of 117 lbs to weighing in at 105.6 for three competitions (latest competition was October 2015)

I am a CrossFitter turned Olympic Weightlifter and got started almost four years ago after moving to San Francisco. In early 2012, I suffered a herniated disc from doing a bad deadlift, and ultimately had back surgery to fix it in late 2012.

It's been almost three years since surgery, and I have done what only other people said was impossible: I have smashed all my pre-injury PRs and found a more healthier and happier me in the process. In turning to Olympic weightlifting, I was told by a number of friends, family, and coaches that being in the 48kg weight class was nearly impossible. I was constantly reminded that I "don't have the body of someone who is in the 48kg" and that it was a weight class I simply didn't belong in.

I found TeamWAG after finding out about it through Barbell Babes, an organization that highlights strong women and their strength in overcoming adversity. In being assigned to Adee, I set out on a long process of becoming more familiar with nutritional content, the value of eating good and nutritious food, but also repairing what was a damaged relationship with food. Coming from a Paleo(ish) background, I had tried a number of ways to try and lose the weight but found little success. In reading up on various guides from the Internet, going as far as hiring a IIFYM coach who I found through Instagram, I was familiar with the process of macro counting, but it wasn't until I started working with Adee that I became very aware with how I can continue to make progress, gain strength, and be happy while working on losing a significant amount of weight relative to my height and size. I absolutely cannot thank Adee enough for all of her wise words, assurance in the most darkest of times, and the constant encouragement to continue to pursue my goals throughout the last almost 11 months. While I have now transitioned over to Hayden as my coach, he's already been an incredible resource for me, especially as it relates to the days leading up to a meet when times can be tough and the ability to see the light at the end of the tunnel is hard.

Ultimately, I was able to compete in my first weightlifting meet as a 48kg in August, and then continued to maintain my weight at that point before competing two more times in September and October 2015. After working with both Adee and Hayden, I recently posted a 121kg total as a 48kg lifter, which is a lifetime PR total, and also 2kg shy of qualifying for the American Open. I absolutely could not have done any of this without the help of Team WAG, and their amazing community they've developed for their members. Coaches have created a very personal relationship with their clients, and you can tell the amount of quality and care that goes into each individual. I am entirely grateful for being a part of Team WAG, and will continue to rely on their help as I shoot for my next goal of qualifying for the American Open in 2016.