Spinach is the ultimate food to have on-hand when it comes to counting macros. It’s full of nutrients and has a low macro count.

In this Japanese-inspired dish, we paired spinach with protein-packed edamame and a creamy tahini dressing for a high-protein (and vegan!) dish that is so satisfying it can stand alone as an entire meal.

You can use fresh spinach by blanching it quickly in salted, boiling water. When the water is boiling, quickly add the spinach and let it cook for 5-10 seconds, just until it shrinks and turns bright green. Immediately remove from the boiling water and place it in the ice bath to cool. When all of the spinach is blanched, drain the water and squeeze out the excess liquid until you're left with small balls of cooked spinach.

To keep your meals vegan-friendly, check out our list of vegan protein sources! 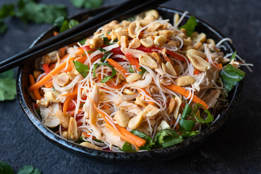 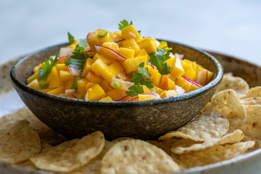 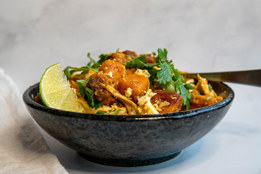 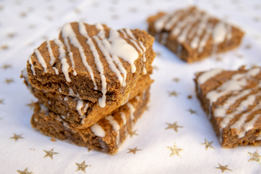