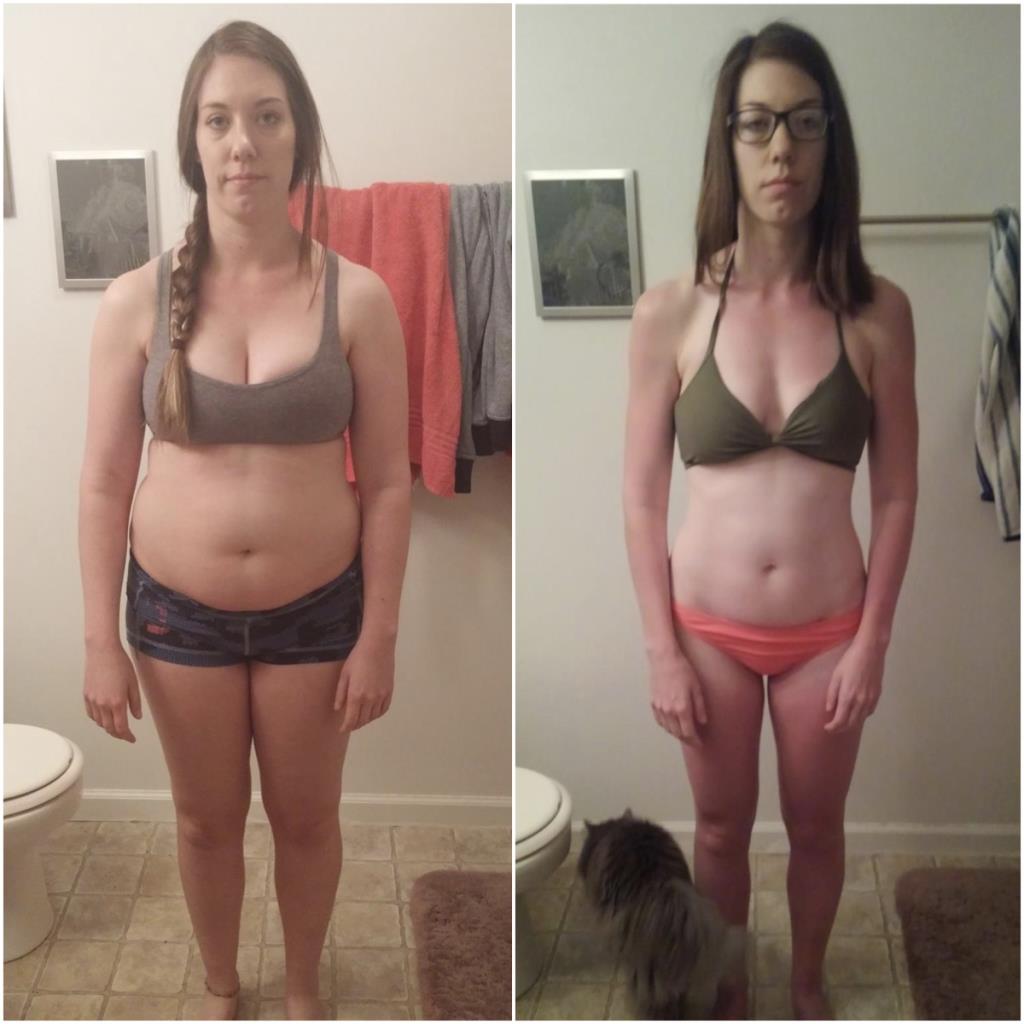 I was NEVER one of those teeny girls growing up. I have always played in sports, but honestly you would probably have never been able to tell just by looking at me. In college I played lacrosse and I lost a lot of weight (though I was never strong), but once college was over I had to find something to keep me in shape so I started crossfit. I started with WAG after doing crossfit for over 2 years and eating paleo and during those 2 years I lost a bunch of weight, although I had a lot of "skinny fat". In the months prior to joining WAG I had a bunch of health issues pop up with my adrenal glands and chronic migraines and I was told to stop working out altogether by my Doctors to allow my body time to heal. I started back up with crossfit about 10 months later and by that time had gained back every pound I had originally lost when first starting crossfit. Needless to say, I was discouraged and bummed out by this, and to make things worse, due to my chronic health issues I now had been dealing with and was still undergoing treatments for, I had very little energy and felt very weak, tired, and had basically resigned to the fact that I wasn't going to be able to lose weight all over again.

Well, a few months later I decided to try out Working Against Gravity - I heard about it through multiple podcasts and saw their #WAG all over Instagram and thought, "Well, I have nothing else to lose at this point!" and dove right into tracking macros. I'm not going to lie, the first week or so (my boyfriend will tell you the first whole month LOL) of tracking macros was hard. It was an adjustment to make, going from a lifestyle where I ate a lot of fat and honestly not many carbs without a care in the world to a diet where I needed to pay attention, with an emphasis on whole foods like veggies, fruits, lean meats, etc. It took time, but after a while I grew to adore the amount of freedom I had with this program. At first I had thought I would feel hungry and restricted with the program, but boy was I wrong. There were some nights I would be so full after a huge plate with meat and veggies, and some Halo Top for dessert, and I was amazed at how I was still, slowly losing weight. I could eat out, track my macros to the best of my ability, and just "set and forget" my meal. I didn't have to worry that "if I eat this or that I'm going to gain back all that weight again!"

Having chronic, lifelong migraines that had peaked at this time in my life was hard, and there were some weeks where I was basically out of commission - I couldn't work out, I couldn't work, I could barely function - but I knew my nutrition was the one thing I could control and I kept it on point. It gave me a grasp on my life that I honestly needed and it let me know that at least I knew that the days and weeks and months where I was riddled with pain -- I didn't have to feel "guilty" for missing the gym or eating slightly less "healthy" foods because I didn't feel well. And my coach Hillary always had my back. She always gave me the guidance I needed, but also knew that ultimately I was the one that had to put in the hard work. Knowing she was there to share in my "WAG wins" as well as my hard, stressful weeks made it easier for me. She has definitely prepared me to continue on with tracking macros in whatever way best suits my life as I finish my time with WAG.

Overall, I learned a lot about myself during my time with Working Against Gravity. I've not only dropped over 10% in total body fat (started at 34.6% body fat and last checked 3/9/17 I was at 24.2%), but I have found my abs peeking out (never thought I'd meet them!), I have PR'd all of my lifts in the gym, and I bought my first crop tops this year! Mentally though I have grown so much. I found a confidence I never thought I'd have, I've started school again to go into physical therapy, I have learned how to be more disciplined in my work and with my goals, and so much more. I am glad to have found Team WAG and I encourage anyone who is on the fence about their nutrition to just jump in. Try it for a few months because you never know what you might accomplish.